NYC (AND BEYOND): THE OTHER BEST PICKLED STRING BEANS 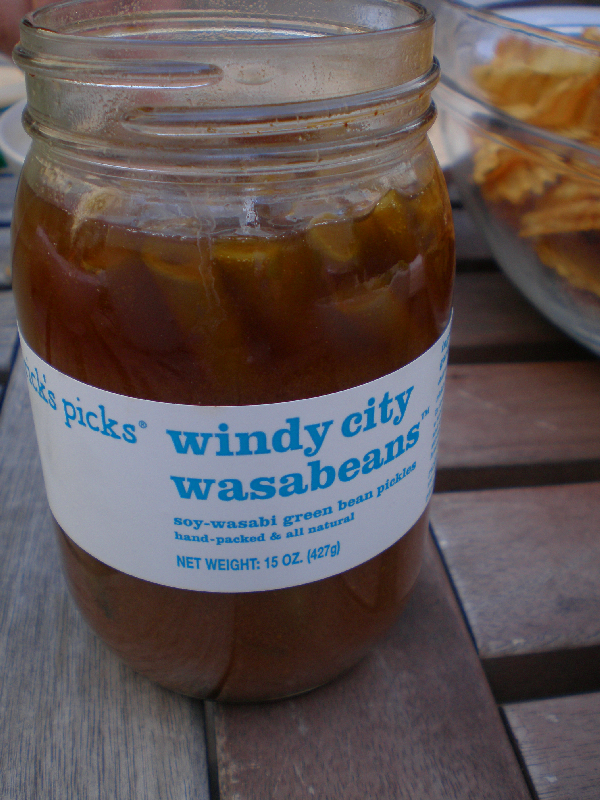 Just when I thought I'd already discovered The Best Pickled String Beans and proclaimed that fact to the world, I met with an unexpected development.  Of all the gin joints, in all the towns, in all the world, these had to show up in mine.  And I don't even like gin.  I think it tastes like licking a cardboard box.

Does anyone else think I'm getting off track?

The point is that I swung by B.'s Carroll Gardens house for her birthday BBQ and, in the midst of one of the most enjoyable fêtes I've attended in a while (I love a backyard BBQ above most other things, especially when the food and folks are topnotch), I discovered the above Rick's Picks Windy City Wasabeans on the picnic table.  Actually, fellow foodie A.T. pointed them out.  They're not spicy like the Penna ones, but they sure are tasty.

Now I sorta want to try all things Rick's Picks.  Especially the Smokra (Pickled Okra with Smoked Paprika).  Have you ever have paprika bread?  They have it everywhere in Budapest, the world's paprika capital.  And it's good.

Just not with a side of cardboard box.