LA (LA BREA): THE BEST WAY TO DO YOGURTLAND 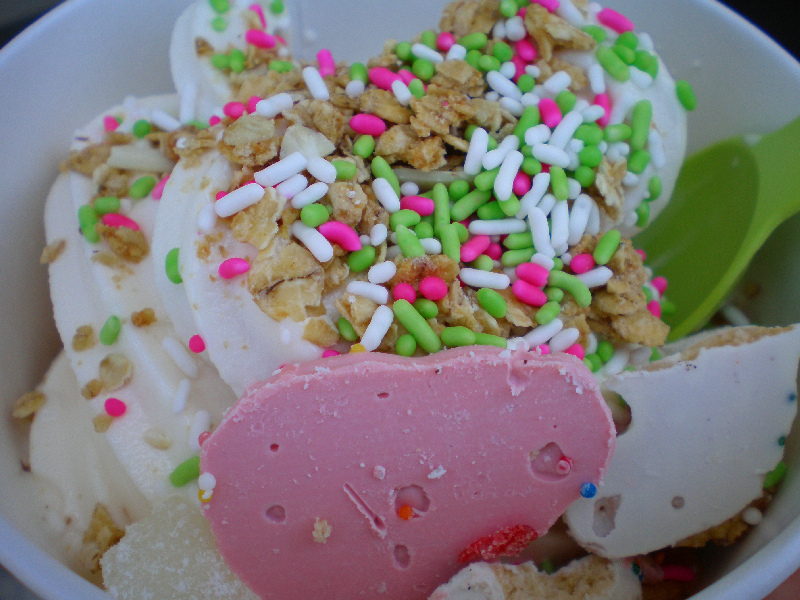 And, for weeks, she's been trying to coerce me into equal excitement.  As a lactard, though, I obviously can't consume large amounts of frozen yogurt without risking a stomach ache (even with the help of Lactaid).  So, I confess that I sort of wasn't listening.

Still, I agreed to stop by the La Brea location earlier this week, so she could get her fix.  But only once she started shaking and jonesing like a crazed meth addict.  MUST. HAVE. SPRINKLES.

Anyway, we arrived and I immediately realized the error in my ways.

Maybe my reaction was a result of childhood years spent gorging on salad bars from NYC's Korean groceries?  Maybe anyone with a pulse just freaks for make-your-own-sundae?  But, either way, Yogurtland should be renamed "Yogurt Heaven." 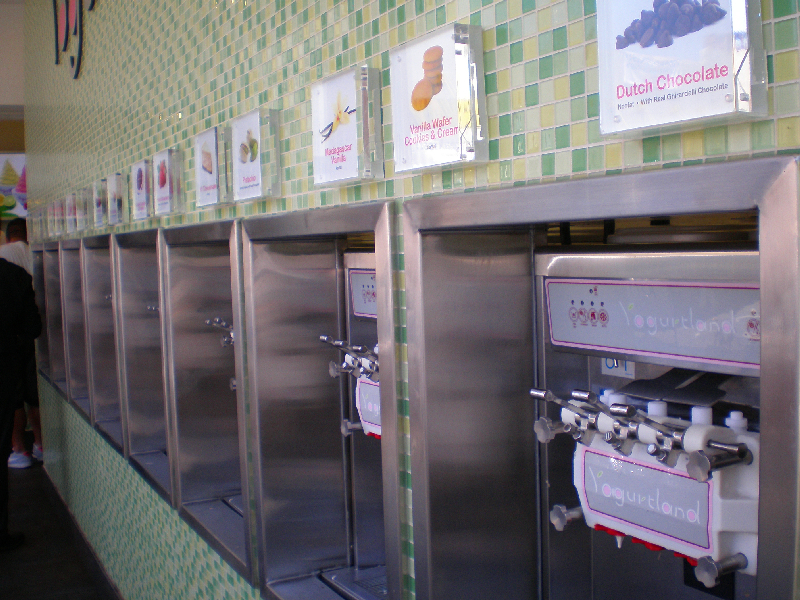 Basically, there's this wall of frozen yogurts, featuring about fourteen flavors.  You're given some little sample cups, so you can try a few.  Everything is D.I.Y., so it's totally fun and there are multiple swirl options with combos of two flavors.  Even just the act of serving yourself yogurt out of the machine is oddly satisfying like you're playing ice cream shop.

Once you've chosen your flavor or flavors or even flavorsssss and picked your cup size (ha–cup size–sorry), you wander on over to the topping bar, which is actually like TWO entire bars.  Toppings range from cereals to crumbled candy bars and candy pieces to fruit to mochi balls and red bean paste to traditional sprinkles and Ghirardelli sauces from dark to white chocolate.  I mean.  So fun!  And you can add as much of whatever as you like.  One malted milk ball, perhaps?  Two fruit loops?

Anyway, my sister did something totally brilliant: she layered a flavor of frozen yogurt, then some toppings, then another layer of a different frozen yogurt flavor and then different toppings etc. etc. etc.  Just a good tip.  SO. GOOD.

Either way, I think this is a great addition to the hood and I fully plan to partake and risk stomach ache later this week.  In my humble opinion, peanut butter frozen yogurt is basically worth a distended belly any day and they had that on the menu, so . . . Nuff said, oui?