NYC (AND BEYOND): THE BEST WAY TO CONFUSE THE JUDGES (APPARENTLY) 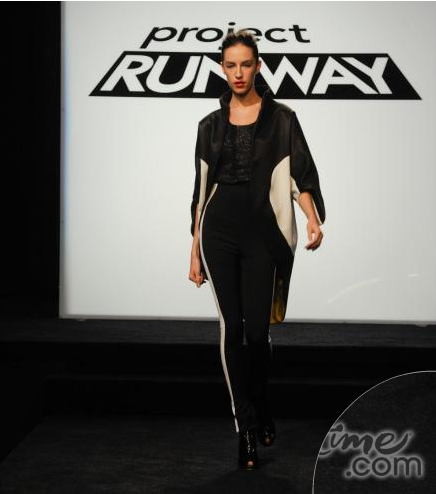 I'm on the road again (on the road agaaain) on the east coast and have been sans TV since Thursday.  So, last night, while you guys were watched the Grammy Awards (why do you do that BTW?), I was watching this week's Project Runway.

While I enjoy images of Rihanna in 3-D glasses and Britney in, well, Debbie Allen's dance class outfit from the original Fame as much as the next gal, as long as I didn't miss Kanye doing something unconscionable, I don't feel like I missed anything.  Because I was watching bad fashion revealed too, but just on Lifetime.

Case and point is the above WINNING outfit from this week.  I cannot BELIEVE that none of the four judges (including this week's Matthew Williamson) acknowledged the beyond obvious resemblance to an Adidas or Nike tracksuit (and not a Stella McCartney one). 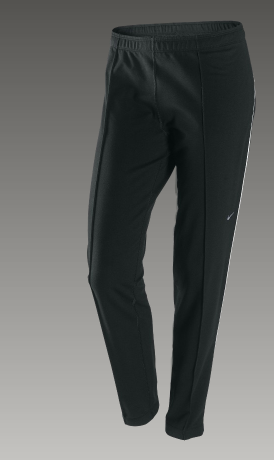 It's a bit hard to make out, but these above Nike running pants have that same white stripe down the side.  Michael Kors did mention a "nod to sports wear," but this is like the Tony Soprano special. 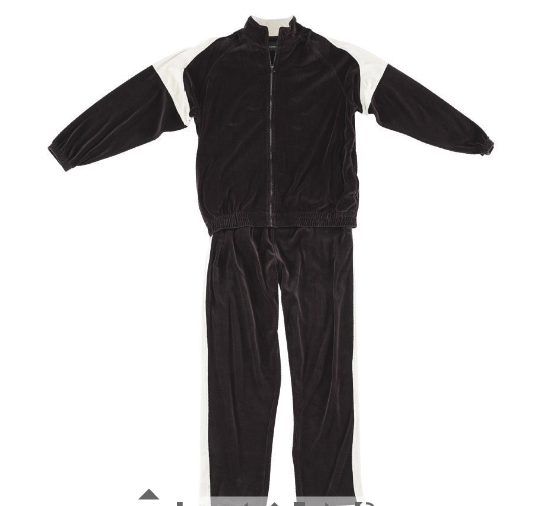 No, seriously, this above tracksuit was worn on The Sopranos and is being auctioned off at Christie's. Um, is it just me or is there a resemblance?  Like, I was wearing a baggier version of these pants on my couch, while I vegged and watched the show and drank Sleepy Time tea.  (I've gotten wild in my old age).

You all were probably wearing them while you watched The Grammys.