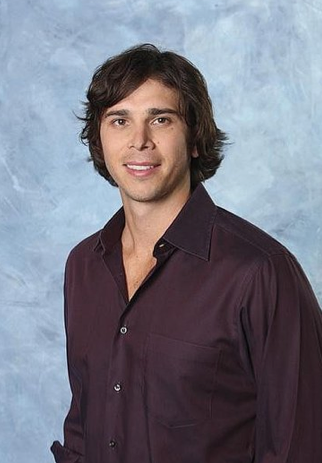 It's January 2nd and already I'm prepared to trash my resolutions, forget about avoiding junk food, cooking more and boning up on high-culture and serious news.  Because the temptation is simply too great — THE BACHELOR IS BACK!  And that is cause for major debauchery and celebration in my book.

So, for better or worse, I am stuffing my face with takeout, as I rebuff my half read New Yorker magazine, Antiques Road Show on PBS and even 2 Broke Girls (well, somethings aren't hard) for the greatest show on earth at 8pm sharp!  Yes, like an avid sports fan who refuses to DVR, I will even watch commercials.

(I need to make up for missing by mere hours a personal appearance Ben F. made at a wine shop in Sonoma, when I was up north.  Crushing.)

Before the show even starts, of course, we all have some inkling of what is to come (toned butter faces doing headstands on the beach before slipping into synthetic prom gowns … and even a grandma, according to carefully leaked rumors!).

But certain issues are up in the air: I wonder, will they still call him "Ben F." The Wine Guy a la Kindergarten, when there's only one Ben?  Will they drag out this grandma thing as long as the stupid masked man from last season's Bachelorette?  As my sister speculated, will Ben F. be a horn dog like Jason Mesnick, a dummy like Brad or a creepy wife-beater-in-training type like Jake?  Will the ladies be as doggy as they look?

Well, first, I learned two very important things when googling for the above image:

1. Ben F. is extreeeemely asymmetrical in the nasal area.

2. When you google "Ben F." images, mostly pictures of Benjamin Franklin show up with a few of Ben F.  Two great men.

And so it begins!  David Gray plays in the background because Ben is so indieeee.

We're reminded that Ben was mad at the end of last season.  And we get to see him tell off Ashley H. again, after she dumps him.  But, since we last saw him, Ben has grown as a person.  He's learned to see that tough experience as valuable and also he's gotten a spray tan.  No really.  He's orange.

Of course the next montage begins with a woman on a horse — what else?  And the first thing that's obvious is that her parents were super confused about how to spell her name.  It's Lindsey, people.  Or Lindsay.  Not Lindzi!  Jeez.  I mean, give your daughter a fighting chance.  (I'm already having visions of Shawntel from last season.)

What else?  One girl likes to shoot cute animals and eat "beef balls" (which are what they sound like) in a tube top; another named Jenna (and we will meet her again) is a neurotic New Yorker with her own blog, who she does a disservice from the very beginning to freelance writers everywhere.

Of course, there is the requisite "model" who announces that she is a model about 50 times and also says: "Girls are intimidated by me."  We all know that translates to "I'm a terrible person and can't play nice."  She also incidentally tells Ben that she fell for him during his season when he said something that really touched her.  He said, "I'm available."  Seriously.  That's all.

A nurse without a father, who raised her younger siblings, seems like a nice, relatively (operative word) normal girl, but is only a viable option if Ben takes the time to get to know her.  Basically, we're on track for a great season!

And now for the ever humiliating "cute" quips the girls make in an attempt to be memorable when they meet Ben for the first time, exiting the limo.  Let me tell you, folks.  There were some doozies this time.  Here are my top 5 cringe-worthy intros (nevermind the heinous dresses):

2. From Amber Bacon: "My friends call me the baconator. Want to taste?  This is Canadian bacon."

3. The girl who just walked past him without saying anything.

4. The chick from Kentucky in the absurdly huge hat that made everything awkward from the hug to whatever else.  Abandon the prop!  Prop fail.

5. From train wreck Jenna, trying to quote him back to him, but failing miserably and instead saying, "I loved when you said, 'Good things always end badly.'"  (That was not in fact what he said, but I think maybe for her they do.)

Turns out the grandma gimmick is just the intro to one of the girls and that turns out to be cute actually.  "Too cute," according to Ben.  I would like to add the rap by the PhD candidate though to my list of horrible moments.  That was really pretty damn awful too.  Why do skinny white people from the suburbs feel like they need to rap?

Can I take a time out and ask why oh why the producers insist on "styling" Ben's hair a.k.a. straightening it in the most horrible way?  I mean, it's sort of acceptable curly, but really?  He looks like a wet dog.

Moving on … the girls get catty as usual.  One chick in a purple dress seems to be hitting on another woman and oddly she is NOT the girl who plays soccer.  Neurotic New Yorker Jenna has an insane meltdown because she feels picked on by the purple dress woman, who seems mean, but also like she has no clue whatsoever what Jenna is talking about.  And, despite attempts to console her by a blonde in a red dress named Rachel who seems nice, Jenna ends up crying alone in the bathroom.  (I also sort of think she's barfing from too much champagne.)

And suddenly I feel like I'm watching Intervention instead of The Bachelor and I'm wondering if anyone in the history of the show has ever tried to escape via the toilet.  This girl needs some lithium STAT.

Though Ben picks the horse woman for the first impression rose, that's really overshadowed by the disaster sobbing in the bathroom.  But instead of sending Jenna home mid-party per usual for the first episode drunk, she stumbles out for the rose ceremony.

And, though I seriously think they may have endangered Ben, Jenna and all the girls in the house, the producers actually make him keep her around!  She is just too good TV.  She is his last pick at the rose ceremony.  And, yes, she will accept this rose.  (And so will Miss Blondie in the purple dress, who will no doubt torture her.)

Ben sends a funny, but not so pretty British chick home, a few crazies (including the baconator) and one really pretty non-profit worker chick, who didn't manage to make a good impression.  (She was the token ethnic girl.)  Already the frontrunners seem to be the horse chick, a sweet brunette from Tennessee and the blonde Rachel girl.  But only time will tell!

And perhaps the best part of the whole episode is the scenes from the upcoming season, which I watched ALMOST all the way through, though I was afraid of knowing too much.  It looks plenty scandalous and I personally cannot wait. I will be here weekly for all the right reasons.

PS 10 points for anyone who can locate Jenna's blog!