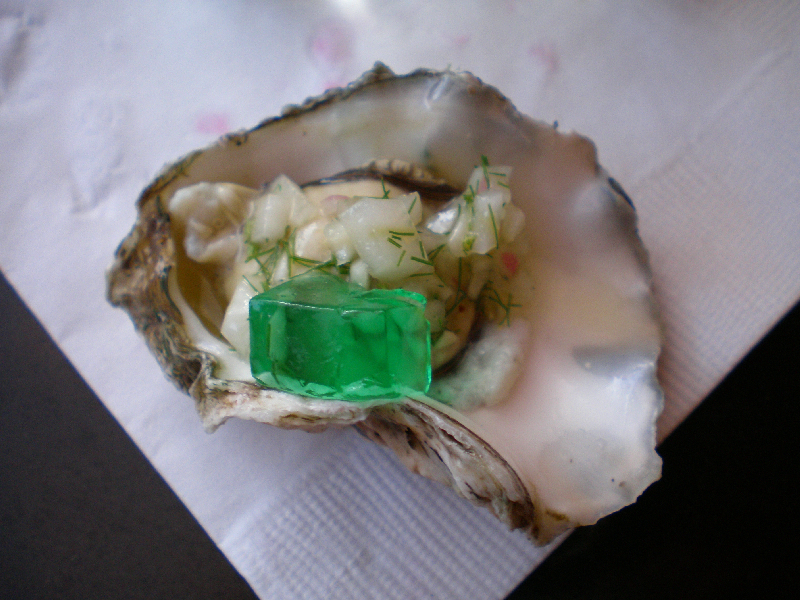 When I get invited to a controversial ex-Top Chef star's home for, well, anything, I'm there.

And when you throw in absinthe and Stefan Richter's food, well, I'm REALLY there.  Absinthe company Le Tourment Vert (which I understand from a spirit expert friend is somewhat mainstream and maybe a tiny bit dumbed down for the average consumer/masses; in other words it's light on the anise flavor) teamed up with the lovably hated reality star at his Venice home.

This particular absinthe is meant to be mixed in cocktail form and the concoctions were pretty intense, the most successful being an apple and honey situation.  Tasty.  Of course, I've never had the real nitty-gritty absinthe of old–hallucinations and all that–but I actually like me some black licorice flavor, so I enjoyed the tasting experience.

Sadly, there was very little food (Stefan! Andre was quite miffed!), but the most successful Le Tourment Vert incarnation was actually not a drink, but a bright green absinthe jelly square served atop the above oyster (with vinegar and onions etc.).  It was totally unusual and delish!  I wish I could have had twenty.  But I only had two.

Stefan–who supposedly has a restaurant opening in August–was a good host, outspoken and friendly and sort of into the chicks (true to form), although Andre did overhear some smack gabbing from a couple peeps about Fabio's new cooler-than-thou attitude.  Is it true Fabio???  Et tu, Brute???  Eh, maybe Andre was just hallucinating from all that absinthe; all two sips he had.  He does NOT like black licorice.

Anyway, a toast (with oysters) to Top Chef!  We miss you.  We really do.  Especially cause the networks seem intent on making me cry by canceling Medium AND Without A Trace.  BOOOOOO, HISSSSS.  Am I seriously never going to see the resolution of that last "To Be Continued" episode of Medium?  I mean, that is just BULLSHIT, if I might say so.

I think I just did. 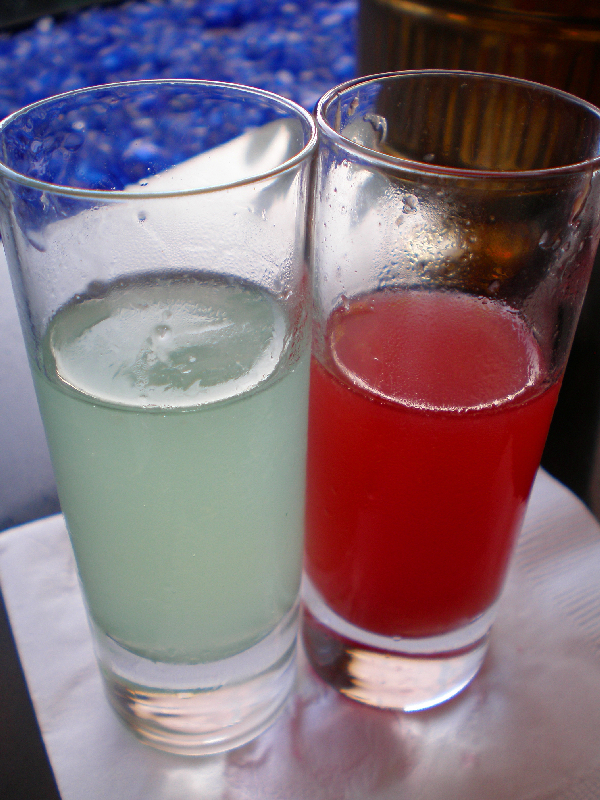