THE LINT COLLECTOR’S TRASHY TUESDAYS: On a very special episode of “Frank Hijacks The Bachelorette” … 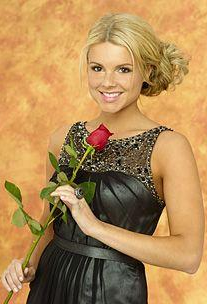 This week on Frank Goes to Chicago ... oh, wait.  That's not what this show is supposed to be about.  This is The Bachelorette.  Ali is supposed to find love.

But, no, instead we're stuck listening to some loser named Frank ramble on and on in this incredibly whiny voice about how pivotal this moment is for him because he might find love with Ali or his ex-girlfriend and his love for Ali is actually fueling his love for his ex-girlfriend, which makes no sense AT ALL.  Meanwhile, all I can think is, why would ANYONE want to date this sweaty narcissistic dork?  Let alone bring him to a Fantasy Suite?

By the way, if any guy besides Drewser ever happens to profess his love for me, I really hope he does it like Frank, beginning by telling me how amazing his relationship is with another woman and also about how this other woman doesn't know I exist.  I can see why this ex-girlfriend of his just melts.

Anyway, she has crazy eyes like him.  Plus, she actually utters the words, "You complete me" basically, so she's CLEARLY a loser too.

Does anyone feel like this guy wasted our time as well as Ali's?  Andre pointed out that, of course, this would have been more interesting if we hadn't known it was coming for so long.  True dat.

Anyway, cue Latin Roberto music … do the editors seriously have NO shame?  I hope that they're at least laughing the whole damn time cause if it's meant earnestly, I like can't deal.  Anyway, Ali says she thinks Roberto would make a perfect husband and I kind of agree, although I'm not sure you say that about someone you actually FEEL that way about, so much as somebody you WANT to feel that way about.  But it does seem like she likes him and she's obviously super attracted to him anyway.  Roberto stalls for 500 years before he says that he's falling in love with her, but he eventually gets it out.

Then Ali hands him a card.  My gosh.  What could that be?  A note you say?  From Chris Harrison?  What's that you say?  Fantasy Suite?  What could that be?  My favorite thing about the fantasy dates is how she has to pretend that the whole note thing is brand new each time.  "Wow.  Never seen one of those before!"  Cut to Roberto with his shirt off and a fluttering closed curtain.

Next, Ali embraces Chris L., but weirdly she doesn't follow that up with, "Guess who I did last night?"  I mean, WHAT I did.  Get your mind out of the gutter, people.  I wish he would stop being so damn awk.  He was so funny in the talking heads, when she wasn't around at the beginning of the season!  I know this is totally absurd because I eat oysters, but did anyone else feel kind of bad for the shell fish, when they started just randomly opening shells?  Like, hey, kill that guy!  He might have a pearl!  Chris should totally make Ali earrings out of them.

Ali says she is looking forward to "seeing what tonight brings" with Chris L.  Does that mean what I think means?  Size queen.  You know, she doesn't have any anxiety or guilt about this process at all, as far as I can tell.  I'm sort of impressed.  Anyway, he ain't no Ed.  This guy is like, "Um. duh.  Let's go to the Fantasy Suite ASAP!"  At least this season, the Fantasy Suites are different rooms, so she doesn't have to pretend she's never seen it before every night.  Chris L. says his mother is smiling down right now.  I think maybe she's averting her eyes.  I mean, Fantasy Suite and all.

Then Frank's back and I just want to barf on him too much to even comment.  He's a self-involved shit blob.  He's never going to be happy with anyone.  He's too neurotic.  'Nuff said.  Although it is sort of funny to watch Chris Harrison pretend he doesn't already know about Frank's "bad news" and ask with a straight face, "How do you think she'll take this?"

Apparently, we're all in the movie of Frank's life.  Then, of course, he's crying.  This guy is headed for a full on psychotic break anyway.  Better not to be with him then.  BYE BYE, FRANKIEEE.  See you in hell.

Anyway … Ali's wearing a dress that's not good for her at the rose ceremony.  EEKS.  Ali says she doesn't want the guys to feel they're here by default cause they aren't.  But they kind of are because she was planning to take Frank home.  I guess she would have sent Chris L. home?  Who knows …

Personally, I think she's better off.  And off we go through another week … just waiting for our next rose ceremony.  Ugh.  Stupid reunion bullshit.  Blah, blah, blah.