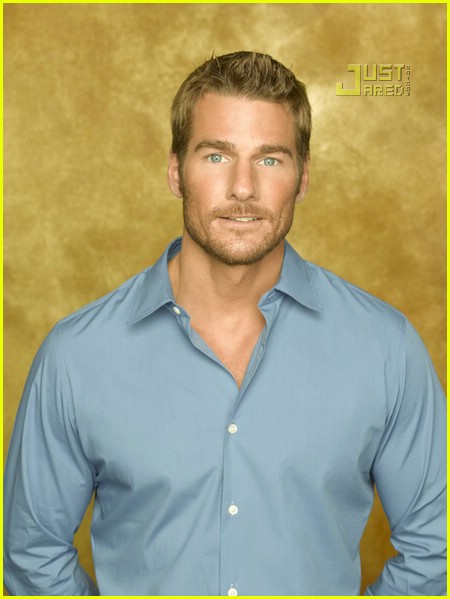 It's a really sad commentary that, lately, I seem to only update Pocket Lint when there's a Bachelor episode to chat about.

Tonight, Chris Harrison gave out the first "date card" and had to drop it on the coffee table and run because the girls looked like they might bite him.  Two words: Rabid. Dogs.

There are too many Ashleys and it's too early in the season for me to bother figuring out the difference.  But one of them gets the first one-on-one date.  She's all creeped out walking with him in the pitch dark, but then the lights come on and it turns out that they're at a carnival.  She apparently feels better, but now I'm creeped out cause I have to watch them pretend to run around with abandon "like kids."

And it's the first make out session.  Good job, Brad!  Don't waste any time!  Remember how much the time between your Bachelor session sucked?

Are they drunk?  They seem drunk.

Who cares?  Cause Brad has an absent dad; Ashley has a homeless dad.  He says they have the same problems.  But, Brad, your dad used to take you shopping sometimes.  It's not the same really unless he took you to sift through garbage bins.  But it doesn't matter.  Brad thinks he and Ashley are the kindred.  It's LOVE!  Show over.

Nooooo … Just kidding.  He says that he thinks he's on his way to finding his wife, but I think it's more like he thinks he just made out with someone on a ferris wheel.

Next up, group date.  What can I say?  Brad has to make an announcement because he has like a football team plus some bench warmers worth of women instead of just a few.  They're shooting PSAs for The American Red Cross.  Really?  The Red Cross is going to AIR these?

Michelle is super bitter about her 30th birthday today and says that women are "intimidated" by her (a.k.a. she's a beeatch).

The girls are assigned different characters.  Keltie is playing "a butch with a neck brace."  A "butch"?  Really Red Cross?  That seems OKAY to you as a descriptor???!!

But that is the least of the problem.  Let's just say that things get skanky and some people show their crazy (Ahem, Melissa).  She's crazy pants and has wanted to be on The Bachelor for 8 years.  Wow.  How fortunate that she finally got on the show and the bachelor happens to be "the one" for her.

Meanwhile, Michelle is like that girl who tried to trick Jake by saying he couldn't kiss her.  She wants to peel Brad's layers away.  I want to peel my skin off.  But she still gets the rose because, well duh, it's her birthday.  She's pretty, but, I think, not long for this show.

Then, there's the "Pretty Woman" date with Jackie.  Oh, now that's a date I can get behind.  Sans Brad.  But with the production's cash.  Except I thought that she was going shopping.  She's not.  How is that "Pretty Woman"?  Maybe she's a whore, who doesn't kiss.

And, cut to the southern blonde, who of course makes us cry again as she talks to her daughter.  Weepy, weepy time.

Back to the date!  Brad thinks Jackie is "classy."  By that I think he means "brunette."  Uh oh.  We're in for one of those really awkward performances, where some band plays for just the two of them.  Ruh roh.  Jackie has only dated two people.  She's weird.  Case closed.  Will you accept this ticket home?  Okay, fine.  Take the damn rose.

Here comes the dreaded music and now they have to dance.  I know that I'm not so up on music.  But who is Train?  Are you sure that's not Counting Crows?

Then, it's the cocktail party.  Oops, Brad.  You shouldn't have given Michelle a rose.  She's clearly INSANE.  She drags him away to ask about Starbucks vs. Coffee Bean and what's kept in his fridge.  Apparently, they both don't eat carbs ("turkey, eggs").  WOW.  It's fate!  Or they have the same trainer.

Melissa is fighting with Rachel again, whoever that is.  And then Ali and Roberto show up to help Brad make a decision and I'm ashamed to say that I'm actually excited to see them.  They're cute.  Her bangs are not.

But they do help Brad and he says good riddance to bad rubbish.  Bye, bye Melissa and Rachel, who both whine a lot.  And then to Keltie, who has a terrible name, but who you just have to feel bad for once she starts crying about how she's tried every other kind of dating and failed.

She's "sticking to kicking" (as a rockette).  And I'm excited for next week, when I have a feeling that Michelle will officially flip out.