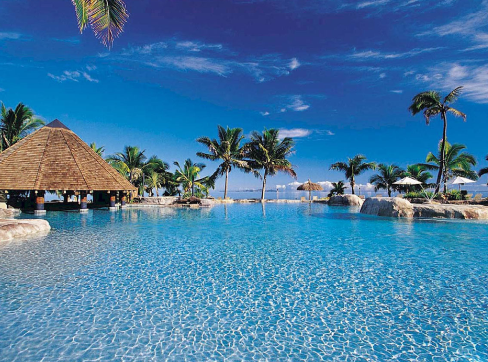 That's right folks: It's that time of year again — FANTASY SUITE SEASON!!  This is when The Bachelorette reaches new heights of shamelessness, giving the expression "down and dirty" a whole new meaning.  And Ashley doesn't have an impressionable child at home to use as an excuse for playing demure and skipping the ho-bag suite.  But I'm getting ahead of myself.

First, one needs to fast forward through the "coming up" scenes from this current episode.  I'm sorry, but why in the world would I want to spoil what I'm literally seconds from watching?

Three are left: Ben F. "The Wine Guy", JP "The Jew" and Constantine "The Douche Who Doesn't Like Her Much."  She likes all of them blah blah blah.  We get flashbacks to dates throughout the season.  As my ever wise hubby Andre said to the TV, "Yeah — we know, dude.  You like her.  We already saw this."

The relationship with Constantine is supposedly moving very slowly, which is never a good sign, but we shall see.  As usual, it seems obvious that she likes JP the most.  Let's hope he can perform, if you know what I mean.  (What I mean is that I hope he doesn't pull an Ed during Jillian's season and announce to the entire world that he couldn't get it up.)

Anywaaaay … Surprise, surprise!  Psychotically cheerful Ryan shows up.  My sis totally said it would be him, but I thought it would be Brad.  That was wishful thinking, I guess.  They do love having people come back on this show.  I guess Ryan was the best they could muster up?  Jeez.  This season is ALL about humiliating people.  This is like a horror movie.  As he approaches Ashley's hotel bungalow and pours out his feelings, everyone at home is screaming — Don't go in there!  Go back!  Turn around!!!  For the love of GOD!!!!  PS Why does he sort of remind me of Robin Williams?

Anyway, she so doesn't like him, so there's not exactly a cliff hanger here.

Whatev.  First comes Ben — who is tan.  And that is helpful.  Ashley is wearing a red bikini top, white flowy gypsy skirt and Birkenstocks.  Honestly — there's something weird and forced about it like she's playing dress up.  Ben has "transformed into the more open emotional Ben."  Or so he says.

He gets set to slather her with sunblock, even her chest.  She straddles him and rubs him down.  It's a little … awk.  I feel like I'm watching foreplay.  They call it flirtatiousness.  I call it pre-sex humping.  Um.  Can we get on with the fantasy suite, so they can close the door and we don't have to watch?

They both say that they're very comfortable together blah, blah, blah.  I'll say one thing — I think Ashley legitimately likes two guys, which makes for a good show.  Also, she's an a-number-one horn dog.  She's so not saying "no" to the fantasy suite card.  At dinner, I think she's not wearing makeup or something.  Weeird.  She says everytime she leaves him, she thinks "I could really imagine my life with this guy."  I sort of have this feeling that in her head, she's thinking, "But than I see JP."

This is one of my favorite things about this show.  I LOVE that the invitation to spend the night together is supposedly from host Chris Harrison.  HILARIOUS.  And most likely written by some poor P.A.  She wants to get it on and he's still saying that spending the night together would be "very nice."  He carries her — yes carries her — out of the hot tub.

Next up, Constantine … He says he needs a haircut because he has "the Euro mullet."  Um.  You mean your hair sometimes look different than this???  But that does sort of make me like him more.  She calls him a Greek god.  Really?  Whatever.  To each her own, I guess.  He says, "You're crushing my bucket list."

Pan to Ryan, who is hanging on the beach below.  BUZZ KILL.  I'd rather watch Constantine talk about himself.  Sorry, Ryan.  She's busy having a boink fest with three other dudes.

Meanwhile, Ashley reveals that Constantine looked at 108 houses before he picked one and she says that relates directly to their relationship.  She says she hopes that things take off with them tonight.  I feel like she's doing that thing that girls do, where they try to tell the guy what he should say or do to save the relationship.  They actually talk about Ben and his wine knowledge on the date, which seems like a bad sign.

We don't even hear her offer it, but Constantine doesn't accept the fantasy suite card because he says he's not yet in love with Ashley and he wants to show her respect.  Like literally he says that TO HER.  Um.  Okay, Bro.  You're so going home, right?  Why are you even here?  He says this means that "this is the end of the road" for him.  I mean, she's pathetic in her way and all, but this is just plain awful.  You think it's more respctful to DUMP her like this?  You think it's respectful to go this far and even on this date, knowing exactly how this "fantasy suite" date would end and to have still come???

All I'm saying is that I called it.  The guy is a douche.  At least Bentley left early on.  Unless she annoyed him into panicking on this one date, I think this guy only came for the trip to Fiji.  Classy, dude.  Classy.  And, with that, they say goodbye.

And I feel bad for her cause this is her worst fear, but she seems to hold it together.  She doesn't even cry.  They've apparently drained her dry.  I'm surprised the producers revealed the dates in this order actually.  Why didn't they save the Constantine reveal until the end?

Now I'm concerned that she'll keep Ryan because he's obsessed with her and she's so damn insecure.  But … she dumps him again.  Is he the first guy to get dumped TWICE on this show??  On top of everything, she tells him she feels something much stronger for two other guys.  Ryan asks her if he'll ever find love, which is always attractive.  I'm so depressed.  This guy bums me out, for reallls.  In a talking head to camera he says, "It will happen [for me]."  He repeats it 5 times.  No joke.

JP time and once again when we need something upbeat.  Just in time.  I'm curious to see this actually because I think she likes JP the most, but maybe she's more hot for Ben F.  She says she and JP seem to feel the same way about each other — they just want to be together and not leave each other's side — "It's hard to describe."  Um.  Ashley.  I think that's called falling in love with someone.

Ashley tells JP about Ryan coming back and Constantine leaving.  She says she sent two guys home, which is totally misleading because JP probably thought she meant Constantine and Ben before she explained.  She tries to coerce him into saying he loves her, but he's not ready yet.  He says yes to the fantasy suite card — she says the suite is like their home.  She wants to play house with him.  Is her sister gonna hate him???  Is it cause he's a contractor?  A Jew?  Short?  UGH.  We're going to have to wait TWO WHOLE WEEKS to find out.

Anyway, she says she's most compatible with Ben F. and she can't explain how she feels about JP.  Yeah.  Good on paper vs. actual feelings.  There's a rose ceremony, but no one is going home.  JP looks murderou as Ben accepts his rose, but nothing else much to report.  I think she kept the best two guys — maybe the only viable two.

PS The outakes about Ben and Ashley's toes makes me think they're actually more cute and normal together than I thought.  Why don't they put this shit in the actual show?

PPS The show afterward that my DVR taped for like 45 seconds looks INTENSE all about morbid obesity and brain damaged kids.  EEK.