PARIS (NYC, LA AND BEYOND): THE BEST BODICE (TO AVOID) 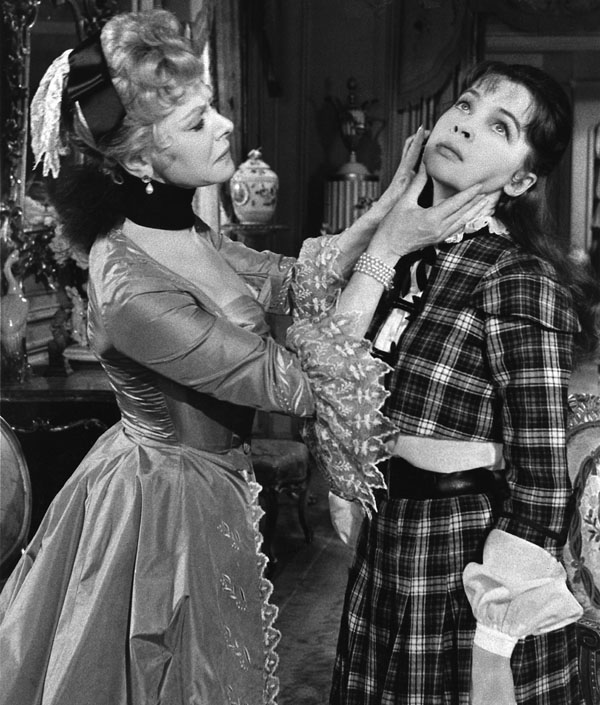 Growing up, my sister and I obsessively watched Gigi.  We sang along, imitated scenes and gawked at this extravagant "French" world (where everyone oddly spoke English).  Our favorite scenes to mimic, though, were between Leslie Caron as Gigi and her agoraphobic, but elegant, worldly and snooty "Aunt Alicia" (A-le-Cee-A), who would coach her in everything from table manners to recognizing precious gems ("A topaz?  Among my jewels?  Are you mad?") to choosing the best cigar for a date.  She would criticize Caron's PERFECT face and go on and on about how "impossible" the task was of transforming this gawky young girl into a beautiful woman.

Anyway, I will stop going on and on about the movie, but the point is that there is this scene (always my favorite), where Gigi tries on all of these incredibly elaborate dresses (most of which are amazing, but just too over-the-top).  Most memorably, one has such an absurdly large appendage at the bodice that it actually covers Leslie Caron's face.

In Golden Globe recapping last night with my sis, she couldn't help but allude to that very dress.  And I couldn't help but laugh and concur.  It seems that this was the year of the strange and unflattering bodice, especially the bizarre, stiff and almost avant-garde bodice with single dip in the front.  And the thing is that, while the dresses were almost cool, they were ultimately mostly super unflattering. 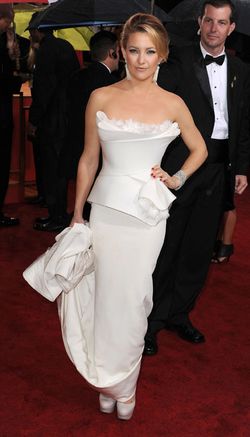 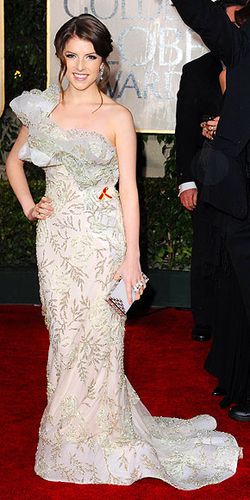 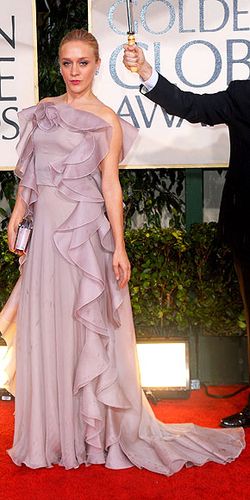 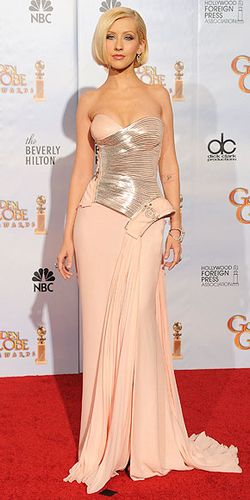 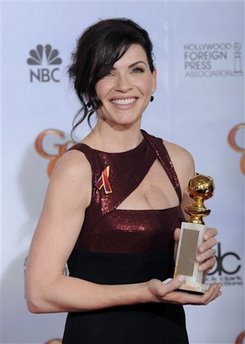 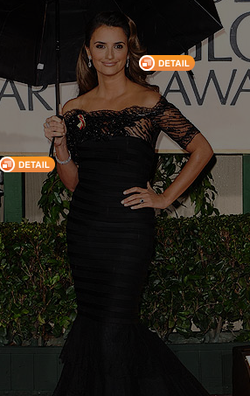 Anyway, in Gigi, she discards all the other beautiful dresses with crazy bodices and chooses a simpler one (see below) with sort of wild birds perched on the shoulders and it is just as flattering as can be.  I'm still learning from that movie today.  Maybe, in Hollywood, we should hold a free screening. 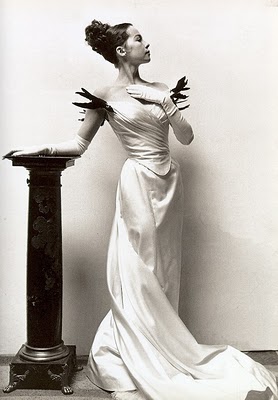 P.S. I would like to watch Ricky Gervais' introduction of Mel Gibson and Meryl Streep's acceptance speech like thirty more times.  LOVE!  Anyone else?