LA (BEVERLY HILLS TO PASADENA): THE BEST WAY TO GET SOME SPA NEWS (AND SOME CHINESE INSPIRED TREATMENTS IN PASADENA) 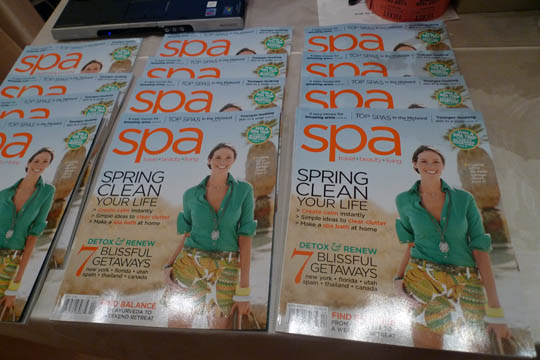 Last Thursday was one of my favorite annual work-related fêtes of the year: Spa Magazine's yearly event.  This year was a little quieter than usual, but it's still hard to go wrong with mini-spa treatments, new products, chocolate chip cookies and passed bites like California rolls.

Anyway, I covered the shindig for Mondette, so–for a bit of spa news–check it out!  I am TOTALLY looking forward to checking out The Langham in Pasadena's brand new set-up at The Huntington Spa, as they now have a new Chinese wellness component called Chuan Spa.  (The Langham is also home to the resto run by Top Chef's Michael Voltaggio, as if a new spa wasn't enough of a draw.)