LA (AND BEYOND): THE NEXT BACHELOR ANNOUNCEMENT??? 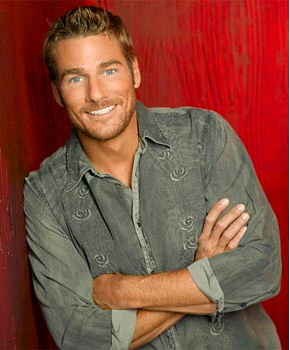 Um.  What year is it?  Do I have amnesia?  Have I never seen an iPad, tweeted or watched an episode of Bachelor Pad?  Is George Bush president?  Did the flux capacitor on the DeLorean time machine work?

Because I just saw an announcement for the newest Bachelor and it SEEMS to be Brad Womack, who famously picked NO ONE on his 2007 season, after having a psychotic meltdown about giving Deanna a basically pretend engagement ring.

Well, apparently, now that Deanna is now happily engaged, it's safe for Brad to reemerge from the depths of one of his Austin bars and try to pretend he's capable of having a make believe relationship again.  Lots of rumors circulated after his last season about him being gay or just repressed and incapable of making a commitment.