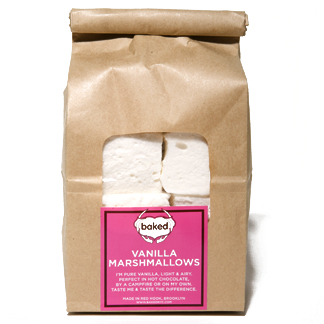 I probably shouldn't even admit this, but last night I watched First Daughter, which is that fiasco where Katie Holmes plays the President's daughter and the Commander in Chief is Beetlejuice.

Personally, I recommend you spare yourself that experience.  Don't even get me started on Katie Holmes' weird mouth. Yup.  I took one for the team and, I should mention, that it was only because of the above marshmallows.  My friend S. sends me yummy food baskets for every birthday and this year's included brownies and marshmallows (yup, chocolate flavored ones too!) made by a company out of Red Hook called Baked.

The Drewser and I have been roasting them on chopsticks over our old school gas stove, which is – I realize – a little college dorm room and a little low-end, but SO YUUUUUUMMMMY!

Just take a gander for yourself: 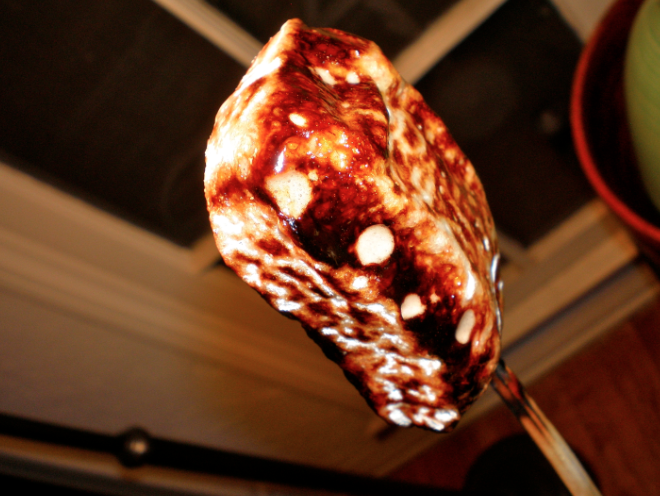 They're good.  So good, in fact, that I watched all of First Daughter in a contented stupor.  Isn't life grand?  Sad sad state of affairs.