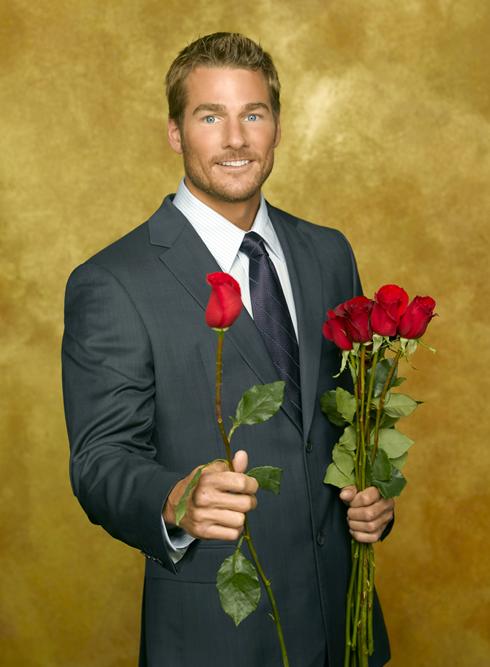 Andre and I have made a decision: If ever WE were on the show (which admittedly is not very likely because A) We've already aged out, B) We're currently married to each other and don't want sister wives or brother husbands, C) We don't work out enough and D) We're not INSANE), we would lie.

When inevitably asked, "What are your greatest fears and phobias?", I would reply, "Why spas, Chinese food, sushi and (cringe) romantic comedies, of course!"  That way maybe they would send me to face those awful fears instead of making me swim with eels or something.

On this episode, the producers sent a girl yet again to face her greatest fear.  In this case, Chantal O. was forced to walk the ocean floor near Catalina Island.  I'd fear that too.  The Pacific Ocean is fucking freezing.  But Chantal O. was specifically afraid of "going to the bottom and never coming up."  That's also known as "drowning," Chantal, for future reference, if ever you want to use shorthand.

Anyway … at least they didn't send her to relive her husband's death in a small airplane like they did with Emily last episode.  Chantal apologizes for smacking Brad when they met.  Brad accepts that apology.  I don't.  That was annoying.  But she gets a rose.

Then there's a group date.  Does anyone else totally hate the group dates?  For one thing, four out of nine of these girls JUST arrived on the show.  I'm positive I have never seen them before.

But, for interest's sake, at least Allie or Stacey or some other random girl admits to cheating on a previous boyfriend on Love Lines with Dr. Drew.  As Andre said, somewhere that guy who she cheated on is like, "YUP. Bitch."

Brad says that Dr. Drew sent all the girls into a tizzy and he "loves it," but he looks more like he wants to RUN.  And he should run.  Maybe from Ashley H., who I guess is pissing the other girls off by complaining all the time, but making Brad like her by threatening to back out.

Britt and Brad make out and he says, "I like you Britt," which sounds more like, "That was a really bad kiss, Britt.  Maybe you should have skipped the onions."  But I think it actually meant, "You're cute, but that's about it."

But ruh roh.  Ashley H. went one step too far with her nay saying and lost the rose!  Oops.  Britt gets it!

Now, it's time for Michelle's date.  She woke up with a black eye.  That makes her seem even more insane than she already does.  She literally doesn't know how she got it.  She's out of her gourd.  Brad wants to talk to Ashley H. before his one-on-one date.  Michelle is mad.  I don't think you want to make Michelle mad.  Especially if there's a knife around.  Don't take her to a steak house, Brad!

No steak house though.  Cause Michelle isn't afraid of red wine reduction sauces and potatoes au gratin.  She's afraid of heights.  So, naturally they're repelling down a skyscraper.  Actually, it looks TERRIFYING.  Of course, they feel the need to kiss in mid-air.  Could anything be more AWK?

Anyway, does anyone NOT get a rose on this show?  Brad hasn't sent a single person home on a one-on-one date.  He says he can see a "day to day life with Michelle."  I think what he means is, "I can see giving this crazy chick a hot beef injection."

But I think my favorite part of this episode is when Brad's therapist encourages him to get it on with all the girls or, ahem, "explore them deeply."  Brad's THERAPIST is pervy!  I still can't believe that he's a part of this show.

Cocktail party time: Brad makes a picnic for Emily, who I think may be too good for him and may not actually like him that much.  All the other girls cry blah, blah, blah.  My money is kind of on Chantal O. right now.

Then, it's the rose ceremony.  Now Brad is just making up names!  Since when is there a Marissa on this show?  And mostly he votes off the girls I've never seen before, so it's not THAT sad.

Although it's getting good and it's a little sad that we need to wait a whole 'nother week for the next episode.  Oh well.   On to House & Castle.