THE LINT COLLECTOR’S TRASHY TUESDAYS: WOMACK GETS HIS WOMAN, BUT WE DON’T GET OURS 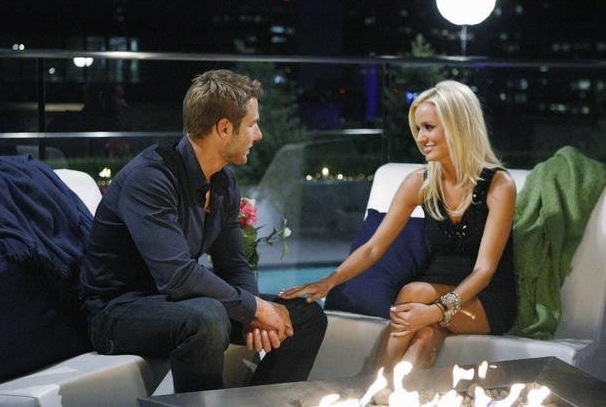 This was supposed to be a joyous post, full of cheers and jeers (a few!) and toasts to a lifetime of bliss for Brad & Emily.

Wait, who?  They're so last week.  Now we know the outcome, so they're immediately relegated to yesterday's news, replaced by some equally stupid racist girl at UCLA.  Or maybe she's even dumber than them cause she actually FILMED herself saying hateful things and knowingly shared it.  That begs the question: Has it gotten easier to get into college?  Two words: IN. STATE.

Anyway, instead of posting about Emily's yellow hair, Brad's twin (better looking?) or even issuing a challenge to anyone who can tell me exacty how many picnics the couple enjoyed over the duration of the show (I count at least 5!  What's wrong with eating indoors?), I need to take a moment and mourn the fact that super annoying Ashley H. is now going to be the next Bachelorertte.

Even I – a dedicated Bachelor/Bachelorette franchise fan – am not sure that I can endure her spunky ass for an entire season!  What were they thinking?  Alas, I would have preferred Chantal, but they never choose the first runner-up.  It's always the third or fourth to last, who gets the crown as the next contestant.

Oh well.  In the meantime, I'll leave you with three deep thoughts from my viewing party:

1. Why is Chantal dressed like the black swan, if the swan moved to Texas and put on too much makeup?  The only thing more humiliating than getting dumped on national TV is getting dumped with your hair like that, while dressed like a sausage in hideous dress.

2. When Emily talks about potentially getting dumped by Brad, she says, "This is either going to be the best or the worst day of my life."  At which time, my friend P. wondered out loud, "Really Emily?  The WORST day of your life?"  I mean, we've heard that story about the rainy morning enough times to beg to differ.

3. The Drewser wondered, what happens when they all go to heaven and Ricky is there?  Who will Emily choose then?

Maybe they have their own version of the show up there in the clouds.

That would explain why the world seems to be falling apart right now from Japan to Libya to Wisconsin.  Clearly, the powers that be (whoever they are) are distracted.  And who can blame them?  I am too.