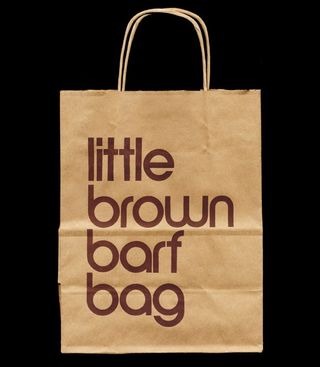 I'm not going to lie.

It took some serious coaxing for me to even turn on the DVRed premier of The Bachelorette.  Normally, I'm beyond excited, but with Barf Bag McGee as the protaganist, I'm having a little trouble believing I'll be able to tolerate this mess.

Still, I'll try!  I'll persevere!  Because someone has to do it!  (Also, with summer approaching, there's nothing else to watch.)

Within about 15 seconds, I'm flummoxed.  Why are we watching Ashley H. (Can we just call her "Ashley" now?) dance on some stage in front of an empty auditorium?  I thought she was a dental hygenist?  Well, one thing has been established: She can wear a cropped top.

As for the dudes: The Bachelorette has gone green!  There's a solar energy guy.  SOOO contemporary.

Then, there's a guy named Ames, who informs us that he went to college at Yale (which, he explains, is in Connecticut for those of us who didn't go to an Ivy League school and are therefore really really dumb).  He also has 12 other degrees, has traveled to 70 countries and has run 39 marathons; none of which really makes up for his lopsided fish eyes.  NEXT!

Some guy from New Orleans is so "romantic" that I think he's actually plagiarized lyrics from "The Greatest Love Of All."  Serial killer, much?  There's always one.

If he doesn't win or turn out to be weirdo, do we think the vintner with the deceased dad is the next Bachelor?  Just saying.  He likes girls who are "cultured."  Like dentists.

Oh no!  ANOTHER deceased significant other – this one is actually a wife.  That's terrible!!!  He can do better than Ashley H.!

OMG – another one with a father who passed away???  WHAT IS THE DEAL???  Is anyone ALIVE?  Is this The Bachelorette: Highway To Heaven?

Anyway, Ashley looks better than usual when she steps out of the limo in a sparkly gown.  But she's just not that cute.  And that Minnie Mouse voice?  OMG.  Well, it can only be uphill from here.  She can't get more annoying.

Ashley tells Chris Harrison that she's not afraid of rejection, just that the guys might be disappointed when they get out of the limo and see that it's her.  Um.  BIG DIFFERENCE.  She calls "here for the right reasons" a clichéd expression.  You're on The Bachelorette, woman.  Cliché kind of comes with the territory.

Apparently, some guy named Bentley's ex-wife had a friend call in advance to tell Ashley that he's trouble and only wants to promote his business.  And Ashley seems to believe it, even before meeting the guy.  I would feel bad for him.  If his name wasn't BENTLEY.

To the limo!  One guy actually physically picks her up, when they meet.  So she thanks him for "the little ride."  That's what she said.

Botched kisses, awkward silences, delayed speech, creepy "Eyes Wide Shut" masks, weird winks, pink dental dams (Oh – I mean dental floss) and broken compasses later, they get to the cocktail party.   Why are men so weird?  You really think a woman whose all dressed up wants to be picked up and thrown around by a stranger?  You think she'll impressed by a white boy "rap"?

Apparently, at the cocktail party, it's going to take "nuts and guts" to talk to her.  Charmed, I'm sure.  Talk about a cultured bunch.

The wine guy still rocks, as far as I can tell.

One guy makes her call his mother, Gail.  Why are overbearing mothers always named, Gail?  She's my favorite person on the show right now though cause she tells them – at the fantasy suite later in the cycle – to "remember that your family is watching and use protection."  LOVE YOU, GAIL!  Mean it!

The guy in the mask is apparently making a socio-political statement about how superficial people can be.  Great platform, dude.  "You cover up half your face and suddenly your weird," he says.  That is correct.  Also, you're a pain-in-the-ass with no sense of humor.  But that's besides the point.

It's really pissing off the liquor distributor, Tim (a.k.a. Ed Burns).  And there's a possible fight brewing.  Suddenly, I miss The Bachelor, where all that happens in that one woman gets Courtney Love wasted and humiliates herself with mascara running down her face.  I'm so glad I'm a girl.

Oh, wait.  Apparently, Ed Burns is that girl tonight.  He can't even speak, he's so drunk.  As one of the guys eloquently puts it, "If you can't take the heat, get out of the oven."  Well said, dummy.  One question, though: Why would anyone be in the oven?

Anyway, Tim passes out in a chair and snores … loudly.  Ashley is actually sympathetic because of his nerves, but she sends him home pre-rose ceremony anyway.

Off to talk to Bentley, who comes off fine, but she seems suspicious.  Who knows?  He seems like a good guy.  She kinda likes him.

She gives the first impression rose to a guy named Ryan.  I already can't remember who he is???

Uh oh.  Maybe Bentley is evil.  He says to the camera that he's not "overly attracted to her, but" is "very competitive."  He's EVILLLLL!  Good act, guy.  Bravo!  And not even with a guitar.

To the rose ceremony: She picks the masked guy first, OF COURSE.  Wow, Ashley.  You're sooooo open-minded.  And by that I mean, a sucker.  (Side note, someone outside my window has been singing "Everybody's Free" at the top of her lungs for like 10 full minutes.  It's really weird.  Would it be wrong to scream, "Some of us are trying to watch The Bachelorette?")

Anyway, Ashley picks a bunch of guys with dark indie dude hair first.  Must be her thing.  Ugh.  I hate seeing the discomfort in the guys' eyes, while they await their fate.  She picks a guy named Blake, which I feel like may be one of the guys who seems to appear out of nowhere in episode 3 and, even having written this, I will say: "Who is that guy?  I've never seen him before."

She picks the wine guy, Will (who looks like less cute Josh Lucas), Ames with his degrees and, yes, evil Bentley.  (Thank you, producers!)

The "small time butcher from Jersey" gives a very affected goodbye to camera, which also kind of reminds me of Ed Burns.  That's a theme.  Then the other guys are like little girls, talking about how they thought that Ashley was "the one."  You don't even know her, people!!!  Get a grip!  They need to put these people in therapy.

And with that, I'm hooked on yet another season.  I'm concerned about the train wreck factor, since she really isn't that cute.  And Ashley H. is annoying, but I'm on board anyway.

Are you?  Will you accept this rose?  (That is SO cliché).