THE LINT COLLECTOR: THE BACHELORETTE GOES TO THAILAND 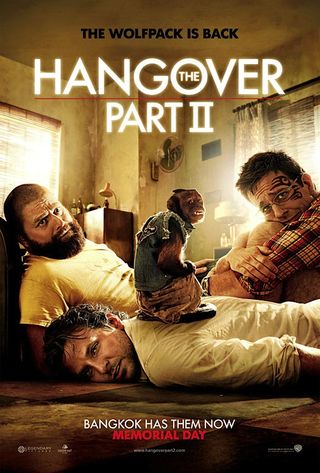 This week The Bachelorette went to Thailand on what Chris Harrison called, "The mother of all road trips!"  Except they took a plane.

Here are 20 things that I learned:

1. The Hangover II was terrible, but not the WORST thing shot in Thailand and released this year.

3. Constantine has bad hair and a worse name, but he's still cooler than Ashley.

5. These guys still seem to believe that Ashley plans the dates.

6. Ryan has a "different" personality, according to Blake.

7. There's a guy named Blake on this show.

8. Ashley wants the guys to flirt, even in orphanages.

9. Ben F. "the wine guy" still rocks most – he totally painted an elephant mural on the wall for "the children."  Awwwww.

10. This kiss with Ben F. was "really good."  Um.  Yeah.  Because he's totally out of your league, woman.  (PS I think he's secretly a total nerd.  Why do I always prefer smarty pants nerds?)

11. She is still obsessed with Bentley.  She must be so humiliated watching this.

12. I know they alway kiss multiple people, but this time it's weird to me for some reason.

13. Ames has been to Thailand a few times before alone for a "cooking school" he found online.  Um.  Can you say sex change and ping pong shows?

14. When you have 700 advanced degrees and have been to 70 countries like Ames, you speak as if you're in a 19th century novel:

Some snippets of the dialogue …

Ashley: You're so smooth.

Ames: Only when inspired.

Ames: So what's an intangible quality you look for in someone?

Ashley: What does "intangible" mean?

Okay, okay.  She didn't say that, but she thought it!  You know she did!

15. Ames and Ashley are comfortable being silent together.  (A.K.A. They felt super awkward and had nothing to say.)

16. Ashley says Ames is somehow "different" from the other guys.  Yes.  He can string together a sentence, even if it does always end with "indeed."

17. The guys think it's annoying that Ryan is so chipper all the time.  I think he's bipolar, having a manic episode and might crack at any moment.  But that's just me.

18. Ashley sends guys home because their wives are dead and she's too insecure to live up to that.  Don't tell her about another woman, dudes, even if that woman is deceased.