THE LINT COLLECTOR: THE BACHELORETTE BELATED 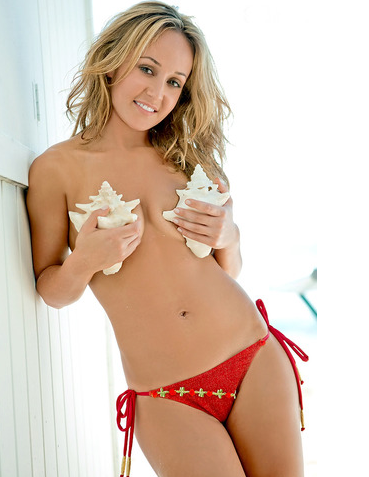 Remember this picture???  She totally took it during Brad's season.  Wow.  I bet she regrets that now.  This is not hot, in my humble opinion.

But anyway, I am way late with my Bachelorette write-up this week, so I'll keep it short and sweet.  They're in Hong Kong.  Bentley shows up.  I don't know if Ashley gets tipped off by Chris Harrison or if she just reads Bentley incredibly well, but she finally sees through him and actually says to him, "Why did you come here?  Just wanted a vacay?"

And just for that instant, I actually liked her.

Anyway, she's over the Bentmeister, who is a sick puppy, I think.  Not because he's so "evil" in my opinion, but because I think he might actually have liked her and been too embarrassed to admit it.

She goes on a date with Lucas, who seems nice, but like a hick.  He gets a rose, even though she'll never end up with him.

She goes on a group date that is so moronic and boring that I can't really even speak about it.  But she has a "hot" elevator moment with Ames — how that is possible, I have no idea.  Then, she has a sort of awkward moment with Ben "The Wine Guy," where she keeps pecking him, which makes me think maybe Ashley doesn't feel like kissing him, but does feel obligated.

She goes on her first repeat one-on-one with J.P. (That's Jordan Paul the Jew to you, who maybe is the Jewish 5'7" a.k.a. 5'5".)  She tells him all about Bentley and he's understanding.  They're totally into each other and I sort of suspect that she would leave with him in that moment, if she could.

Then, at the cocktail party, she tells all the dudes about Bentley and makes the mistake of using the expression, "I fell for him."  Oops.  The guys get mad.

Constantine says, "Some of us are sitting around waiting for dates with her."  Actually, Constantine, you're all doing that.  That is the point of this show.

He also adds, "When you make a man feel second, my mind is out."  Actually, Constantine, you're not second.  You're eighth.  This is THE BACHELORETTE, you moron.  And you have heinous hair.  What did you expect?

The dentist, Blake, sort of seems like he has anger issues.  He's all pissy at Ryan cause he's too perky and then creepy about "standing" with Ashley while talking.  Even Andre (my husband) called Blake a "douche."  Even the other guys say he is "sizzling" and "about to blow."

And, though I personally find two out of three weird, I'm currently seeing Ryan, Ames and JP as the frontrunners.

Mickey, I think, bluffs about leaving, but then Ashley basically pushes him to put up or leave.  He leaves cause he's talked himself into a corner.  Bye bye, yet another creepy dude.  In the paraphrased words of Seth Meyers, "You are gone and already forgotten."

Ashley is left crying yet again and then literally whining to Chris Harrison.  With all the flying, drinking and crying, she must be really dehyrdrated.

She sends the creepy dentist with anger issues home, as well she should, before he starts bullying her.

And then there were six.

P.S. They all keep talking about how she brought Bentley to Hong Kong.  Why are they still acting like there are no producers?????

P.P.S. As usual, the "scenes" show too much, but I can't control myself from watching.  It looks bueno.  Ugh.  More torture for Ashley, for sure.  I won't say more in case you had more self control than I did.