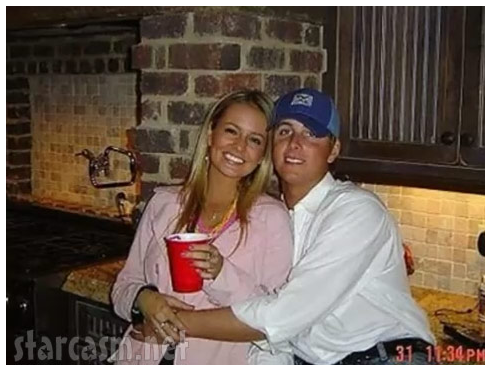 Three words: Muppets. Charity. Theater.  Charlie (the brain damaged guy) is too nervous about his speech issues (which seem nonexistent to the untrained eye) to do the stand up comedy he’s been assigned.  Between that and the singing and dancing, it all seems designed to humiliate anyway.  I mean, what guy would want to do a kick line with Muppets on a first date?

Emily is nervous because her mother and daughter are in the audience.  I guess she won’t introduce the men to her daughter, but she will let her see her mother and all the men in a show?  Does that make sense?  I have no idea.  I mean, what do I know about six year olds?

Meanwhile, Charlie is losing his shite because he has such anxiety about his brain damage sitch.  I feel bad for him.  I wonder if he was always kind of shy.  I don’t know why, but I sort of think so.  Actually, if you think about it, this WHOLE thing is like being on stage, so it’s sort of funny that he’s nervous in front of like 200 people.  Millions of people are watching him all the time.  But that’s different, I guess.

They dress Emily in a pink sparkly sequined skirt and now she really looks like a Barbie.  She seriously cannot sing, so I sort of give her props for trying.  Kermit gives some earnest Bachelorette feedback, which is weirdsville.

During the after party, I feel like we’re seeing Emily’s more aggressive flirty side with some of the dudes and I like it!  She’s practically intimidating them, which is genius.  She is not meek and she tells three of them that she’s worried they don’t like her.  With Ashley that would have seemed insecure, but with Emily it seems almost manipulative and flirty like she’s complimenting them into liking her.

Helicopter dude (he showed up that way on Episode 1) is making waves with the other guys not surprisingly.  That’s his whole thing, right?  He’s the season’s scapegoat clearly and, although he is annoying, as usual it’s lame the way they pick on him.

First impression rose goes to Jef!  Emily liiiikes him.  She thinks he’s too cool for her and she’s into it.  He does totally stand out from the other dudes.  No big neck.  No macho frat boy.  No exaggerated southern accent.  But they seem super different.

This date is with Joe, which means that she’s tackling bad hair twice in one week.  He has the long Michael Landon meets Miami Vice do.  Eek.  They’re going to her home state of West Virginia.

They head to this resort and Emily is wearing a bikini with bows on it and then later a Scarlett O’Hara dress for dinner.  She says there is a spark missing a.k.a. Joe is not as hot as the other guys.  When she sends him home at the end of the date, he seems a little mad.  Maybe it’s because she blind-sided him or maybe it’s because he’s like, “Why are YOU crying? You just dumped me!”

At the cocktail party, Ryan gives Emily a 300,000,000 page letter with words in it like “furthermore” and “possess” that he definitely found in a dictionary.  I’m not into this guy.  He’s ful of crap.  Just saying.

The guys think helicopter guy is trying to show his dominance with his vocabulary.  Or maybe that’s just how he talks.  God forbid he be educated.

Then Emily sends some dudes home.  I’d love to tell you who, but I have no clue who any of them are yet.  All I know is she kept the two Latin dudes, who are named Alejandro and Alessandro respectively.

Best line of the episode: If you have Louis Vuitton luggage and you’re a guy, then you’re a &%&$#.

My top picks for the final four:

3. The guy with the kid (What’s his name? Whatever – the guy who got the first impression rose.)  Doug maybe?

Wild Card: Sean, the guy who didn’t get a date.  I say helicopter guy goes deep too.

Who is on your final four???  Make your guesses now!