What’s The (Fashion) Story? “Sisterhoods of Style” in The LA Times 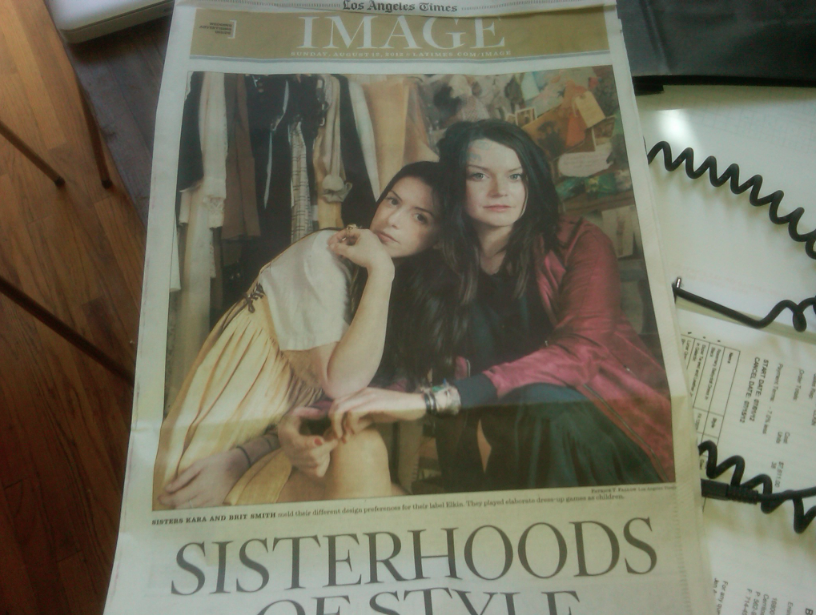 Meet the Smith sisters, the impossibly cool kats behind the clothing line you’re about to start hearing about constantly and seeing everywhere nonstop, Elkin.  Don’t they look like dolls here or some inexplicably updated Renaissance painting?  You might recognize their stuff from the recent cover of New York Magazine, featuring the cast of GIRLS largely dressed up in Elkin frocks.

This duo is just one of the sister designer teams—also including the Malakpour sisters behind coveted accessory line NewbarK and the Thornhill sisters-in-law behind drool-worthy new jewelry line Liv Haley—I wrote about for yesterday’s SISTERHOODS OF STYLE story in the Los Angeles Times “Image” section.

My editor gave me a heads up late last week that the story would be getting the cover, which is always amazing news, but I still get excited for the reveal of what it looks like; it’s a surprise.  I think it ended up looking beautiful!  Also, with all the book craziness lately, it’s kinda nice to focus on journalism for a sec!

Anyway, I may be in Brooklyn right now, but in spirit I’m still in LA too … only with a smaller apartment, better bagels and less Earth Bar nearby.