NYC (AND BEYOND): THE BAG I WANT SO MUCH THAT I DON’T WANT TO TELL YOU ABOUT IT 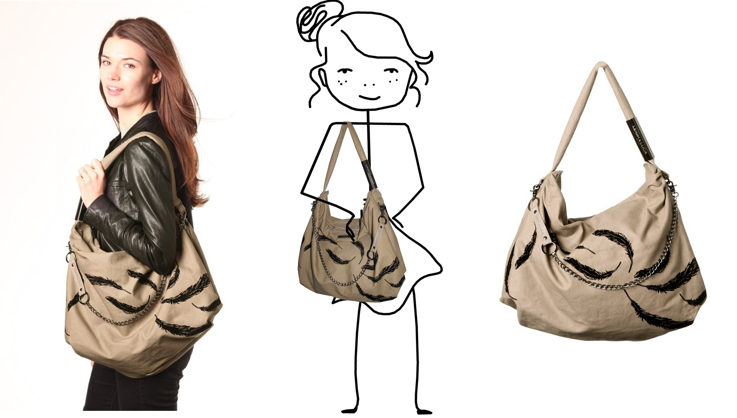 I've ranted and raved before about how much I LOVE Leigh & Luca scarves.  Tis true.  But then, I rant pretty regularly, so maybe you've learned to tune me out.  Well, LISTEN UP, PEOPLE!

In case you missed it previously, I'll say it again for good measure: I LOVE Leigh & Luca.  I think the scarves are just beautiful and perfectly shaped and awesome.  So, when I saw that they were coming out with bags for last season, I was excited to see the results.

And, naturally, the bags are super cool too.  Especially the above feather bag, which I NEED.  NEEEEED.

I don't want to drop any hints, but some people's birthdays are coming up, people.  Like mine for instance.  Is anyone listening?  Here's an idea: Get it before it sells out and hold it for a month until Nov. 12.  Or 'til whatever day the birthday falls.  That's what I'd do.  I mean, for someone else, of course. Just saying.

It's really my subtlety that keeps me so beloved.