THE LINT COLLECTOR: THE BACHELORETTE CHIANGS HER MAI 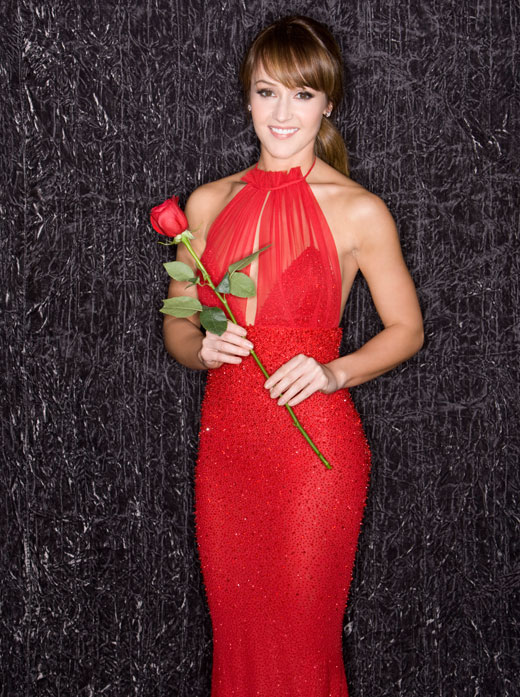 The show starts out with someone saying that Ashley had a hard week last week.  Does anyone else think that every week is hard, if you're Ashley?

I want to take a second out and say something that may not be PC: The Bachelorette sucks more than The Bachelor because there's just something that's WAY more pathetic about a bunch of dudes standing around talking about how much they want to get married.  I mean, it's just so emasculating and pathetic.  Any guy can get married.  What's wrong with these losers?

Moving on: In Chiang Mai, Ashley takes Ben F. "The Wine Guy" on a date and they sort of seem like they have nothing to talk about, but then Brad & Emily seemed that way last season, so … who knows?  (There's something amazing about the fact that they refer to him as Ben F. & her as Ashley H.  It's like kindergarten.  Where's the juice and cookies???)  He and Ashley aren't allowed to kiss, so he suggests a "mental kiss" at which point I decide that I am no longer allowed to favor him above the other guys because he is oozing cheese.

If you didn't see this Bachelor look-alike story, you MUST check it out.

The guys on the group date are going to Muay Thai kickbox, which is funny because The Drewser (my hubby) has been into that lately.  His take on them: "I think they're oiled up." (Said with a repulsed grimace.)  He also reports that Ames sucks, which is sort of clear, since he slips as if on a banana peel when fighting … no one.

Turns out they have to box in front of a few hundred Thai people, who seem quite ready to watch some waxed chested Americans act like idiots.  The dates on this season have been intended to torture … and not just torture us!

Round 1: The dentist wins.

Round 2: While Ashley yelps, "I don't want to see this!" and Lucas responds, "You planned the date!", JP unexpectedly wins though he is the smallest!  But more importantly he calls himself a "Jew from Long Island."  He's MOB, which no one admits on this show!  Not even Jason Mesnick!  Okay — JP is my new fave.  I have no choice.

Round 3: Ryan wins and Ames is all fucked up from it.

Round 4: Nick vs. Constantine and my money is on Nick.  Who LOSES!  Which shows you how much I know.

And Ames is off to the hospital because he doesn't feel like himself.  Oh no!  He was annoying, but the only one with a brain.  What if he's dumb now too??  They made him a moron!

BTW–My brill sister pointed me in the direction of this Bachelorette news (not a spoiler — don't worry!)

We have to wait through that weird Rachel Bilson Magnum ice cream commercial cause we're live.  In the meantime, I eat a Joan's on Third mini lemon bundt cake and I'm thinking that, if Ashley had a brain, she would just marry that.  It's SO good!

Anyway, Ames is being wheeled into the hospital when the show comes back and all I can think is that, in The Hangover II, Bradley Cooper gets stitches in Thailand for $6.

Once again, Ashley feels like things have gone awry.  The Drewser says he dares her to send Ames home now — ha!  Ames comes back.  He's alive.  Hurrah!  Ashley is soooooo glad that he's okay.  He doesn't seem okay to me.  I think he may have lost a few IQ points.  He says he has a mild concussion, which I would have totally called a "major concussion" to sound more impressive.

She asks Lucas to show her how to golf and acts all excited that he knows how, even though she has never golfed in her life.  She says he's smooth with the ladies.  But she literally walks him through it.  She gives the rose to the dentist.  He shows his pearly whites, which reminds me to floss.

Next is a two-on-one date, which means that one dude is going to go home.  It's between Ben C. & William — I feel like she'll totally send Ben home, but we'll see.  Ashley says she can relate to their stress because she was on a two-on-one with the other Ashley during her season of The Bachelor.  They're rowing her down a river.  And, I gotta say, it does look beautiful.

William says he can be the most romantic guy in the room, the funniest guy in the room or the biggest dick in the room.  Um.  We watched you during the roast. Not so sure about the "funniest" thing.  He tells Ashley that Ben C. wants to go home, which is a flat out lie.  Wooooow William.  You are the biggest asshole in the room.

And it works!  She doesn't even TALK to Ben C. about the whole thing before she sends him home.  DUMB.  Wow.  I kind of am freaked out by William.  And I think she might deserve him.

But she sends him home!  And she doesn't seem like she feels bad.  Go Ashley!  William feels like a loser.  And he is one!  He says he wants to curl up in bed and not wake up.  Um.  Now I'm depressed.  Luckily, I have chocolate goat milk ice cream to eat.

Ashley says the date made her insecure.  REALLY, ASHLEY???  How unusual.  She is in a FOUL mood maybe because of Constantine's ugly lime green shirt.

And now, 400 desserts later, the show has ended and I am fatter, but also impatient for next week.  I mean, where the hell is Bentley?  They tricked us!  Foiled again.